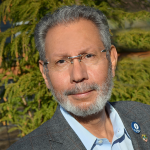 As the Founder of Sanchez Global LLC, Mr. Sanchez has been a Financial Advisor to high-net-worth individuals, financial institutions, and funds of funds since 1989. As a pioneer in hedge funds for over thirty years, Mr. Sanchez has one of the most extensive global networks in his field creating wealth strategies tailored to his client’s unique and complex needs.

Now based in Puerto Rico, Mr. Sanchez and his team have a client base in the US, Latin America, Europe, South Africa and India. The majority of clients have been investors for ten years or more. Many have been with Mr. Sanchez since 1989.

Prior to Sanchez Global LLC, Mr. Sanchez was CEO of Singular Global LLC based in Florida from 2005-2021.

Mr. Sanchez’s outside associations include:

Mr. Sanchez graduated from Yale University with an M.A. with Honors and an M.Phil in Political Science. Sanchez was a Fulbright Fellow, a Ford Foundation Fellow, a Tinker Fellow, and a Yale Fellow while attending Yale University. As a student, he was elected President of the Yale Graduate and Professional Senate, LLC. and served on the AYA Board of Governors. 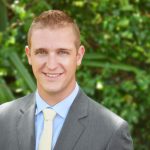 His analytical background and emphasis on technology and operational efficiency provide the framework necessary for Sanchez Global to continue its rapid growth, delivering excellent service to the increasing list of clients the company serves.

Upon graduation from the University of Miami with a BBA in Finance, Mr. Damm started his career working for Goldman Sachs in New York from 2010-2013.

Returning to Miami in 2013, Mr. Damm worked for a Real Estate Investment Trust with properties located in the Southeast US.

He currently oversees his own personal portfolio of properties throughout Florida.

In May 2022, Mr. Damm earned his PhD in Finance at Florida Atlantic University and is currently a Professor at the University of Miami. He has an MBA from the University of Florida. Mr. Damm has published two research studies in peer-reviewed journals and one study that was commissioned by the U.S. Small Business Administration.

Mr. Casellini is a Senior Vice President at Sanchez Global with a focus on US and European institutional investors and ultra HNW families. Prior to joining Sanchez Global he served as a Senior Vice President at James Alpha Management, a New York City based family office that specialized in seeding, launching, and distributing hedge funds, where he successfully raised capital for the group’s fund platform.

Earlier in his career, he co-founded 72nd Street Capital Management, a quantitative and systematic hedge fund.

Prior to co-founding the hedge fund, he worked as a senior institutional sales trader at Momentum Trading Partner in New York where he quickly became one of the firm’s top producers. Before joining Momentum, he served as the head of institutional sales and trading at Banca IMI Securities Inc., a wholly-owned subsidiary of Milan-based Banca IMI Securities, the Investment bank of the Intesa San Paolo group.

Educated at the University of St Gallen in Switzerland with a B.S. in Economics, he holds Series 7, 63, 9, and 10 licenses.
Check Mr. Casellini’s background on FINRA BrokerCheck.